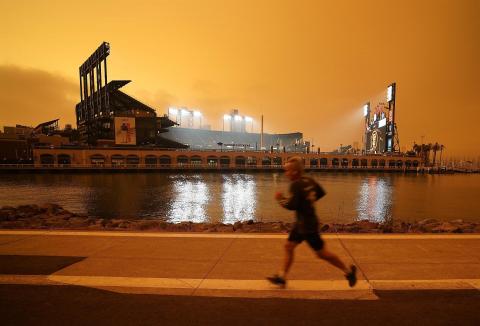 The Lancet Countdown is the largest annual study of the impacts of climate change on human health.

It found that up to 19 percent of Earth's land mass was affected by extreme drought in 2020 and warned that climate change posed a major threat to food security, which already affects more than two billion people.

Populations of 134 countries are now at greater threat from wildfires than at any time previously, and millions of farmers and construction workers are losing income because of the rising number of extremely hot days.

And climate change is creating ideal conditions for infectious diseases such as dengue fever, Zika virus, cholera and malaria across a far larger span of the globe than just a few decades ago and including Europe, it said.

"As the COVID-19 crisis continues, every country is facing some aspect of the climate crisis too."

The assessment found that the five years with the most areas affected by extreme drought have all occurred since 2015.

Disruption to the water cycle due to global heating shortens the time in which plants reach maturity, resulting in small yields putting ever-greater stress on food production.