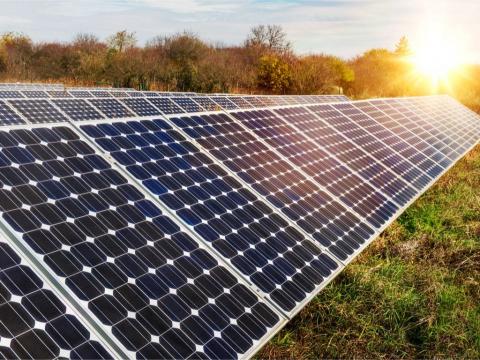 Ljubljana – Slovenia’s largest electricity supplier Gen-I will not increase the prices of electricity and natural gas for households at least until summer 2022 despite the situation on global markets, Gen-I’s board chairman Robert Golob said on Thursday. He also presented the company’s plans to establish a new “solar energy community”.

Gen-I’s prices have not changed for more than seven years – the company’s primary goal is cheap electricity and gas and its success is based on investing heavily in digitalisation and advanced analytics, Golob explained at a press conference in Ljubljana.

By next summer, he expects the energy crisis to be over and the situation to be clearer. But no supplier can guarantee today that prices will not increase for the next 30 years, Golob said, adding that “Gen-I is aware of this too”.

“That’s why we don’t promise the impossible, but we know where the solution lies – in moving away from fossil fuels and building new carbon-free units,” he stressed.

The prices of oil, coal and gas have jumped up to six times in the last six months. According to Golob, this is the final warning sign that fossil fuels have no more place in this world.

“When we discuss how to go carbon-free, we are simultaneously dealing with an energy crisis. Prices have skyrocketed, precisely because of fossil fuels,” Golob said, adding that the climate crisis is the biggest crisis humanity will ever face.

What may happen now, he says, is that the jump in fossil fuel prices will actually lead to faster action on climate change. “Our mission is to demonstrate immediate, quick and effective action,” he stressed.

The GEN energy group prepared a plan on how to decarbonise the Slovenian energy sector by 2035 or 2040 at the latest. “We want to be faster than politics, we want to work for the people, simply because we believe it is the right thing to do,” Golob said.

After Gen-I launched the “sun service” five years ago, providing customers with the option of a complete set-up and maintenance of a small solar power plant, they have now gone one step further.

They presented a plan to connect small solar plants on rooftops with consumers across the country in order for more households to become self-sustainable.

“We will build the first large-scale energy community,” Golob said, adding that those who join the scheme would be able to easily access solar energy and achieve long-term self-sufficiency and independence, no matter where they live or their financial situation.

The plan is to install 100 MW of solar power plants by 2024, which will be connected to the community and available to households. “In this way, we expect to enable more than 25,000 households to be self-sufficient through solar energy, even if they live in blocks of flats,” he added.

The aim is not to take over the whole market, but to set an example and inspire others to follow. “We reckon that once we build the initial 100 MW, other bidders could build another 300 MW of solar plants,” said Golob.

“The concept of a community connecting rooftop solar power plants and customers across Slovenia is revolutionary in its own way, but it is necessary if we are to achieve ambitious goals,” he concluded.

The post Energy company Gen-I vows not to increase prices until 2022 appeared first on Slovenia Times.