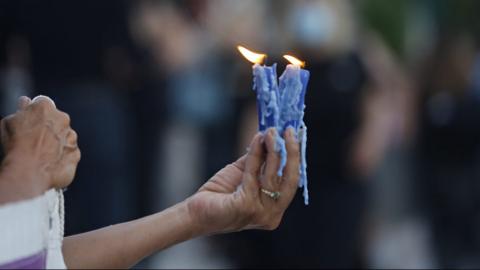 Official data and the observations of NGOs in the field point to a rise in rates of femicide in a number of countries, notably since the easing of COVID-19 restrictions.

Over three summer months in Greece this year, two women were murdered each month by their partner or former partner. Between 2010 and 2020, a total of 329 femicides occurred, according to data obtained by BIRN from the Ministry of Citizen Protection, 111 of them the result of domestic violence.

Belgium recorded 13 in the first four months of this year, compared to 24 in the whole of 2020. In Spain, between the end of lockdown in May and the end of June, one woman was killed every three days.

"This global escalation of femicides, the most extreme form of gender-based violence, in recent months is probably related to the increase of domestic violence during the quarantine period, where pre-existing violent behaviour in a relationship became more frequent, more threatening, more dangerous," said Natassa Kefallinou, communications manager at Center Diotima, a non-profit, non-governmental women's organisation.

"One could assume that now that the restrictive measures have been lifted, the abusers are becoming even more violent, feeling that they are losing social control over their victims."

A growing number of Greek women are reporting domestic abuse to the police.