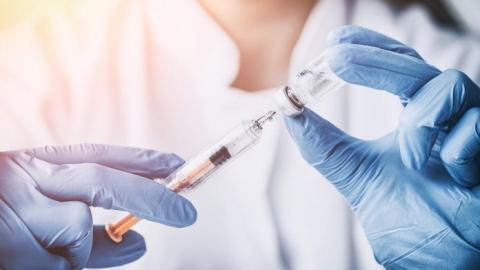 Novartis plans to take bulk mRNA active ingredient from BioNTech and fill it into vials under sterile conditions for shipment back to BioNTech for its distribution.

Subject to reaching a final agreement, Novartis plans to start filling and finishing the vaccine in Ljubljana in the first half of 2022 once it has transferred the manufacturing process from Stein, Switzerland, to Ljubljana.

Novartis has been filling for BioNTech at its Stein site since June after the European Medicines Agency approved the filling-and-finishing plant. Under the agreement signed at the beginning of 2021, Novartis will fill more than 50 million doses of the vaccine in Stein this year.

Novartis says the facility in Ljubljana is “a state-of-the-art aseptic filling operation which manufactures and supplies a broad range of aseptic products” for its division Sandoz.

Novartis plans to disclose more details once it has concluded specific agreements. It did say however, that it continued to offer its “world-class capabilities to other companies to take over manufacturing activities including a variety of technologies such as mRNA production and others”.

The Pfizer-BioNTech vaccine is the most widely used Covid-19 vaccine in Slovenia. According to the National Institute of Public Health, 1,514,526 doses of the vaccine have been administered in the country so far.