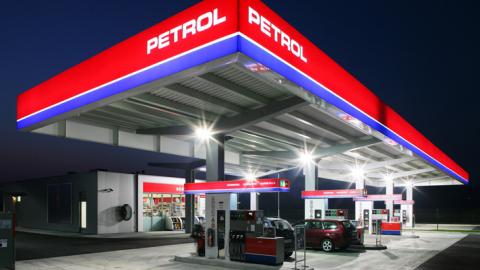 Ljubljana – Energy companies Petrol and OMV Slovenija, leading providers of petroleum products in Slovenia, said on Thursday they would abide by a new government regulation re-introducing administered heating oil prices which will kick in on 9 November.

Petrol and OMV Slovenija will thus have to limit the distributors’ margin to a maximum of six cents per litre of heating oil. Currently, the price is expected to be 15 cents per litre.

Petrol was brief in its response to the government regulation: “The Petrol company will implement all the provisions of the new regulation on administered oil product prices.”

The company raised a lot of dust more than a week ago when it announced a major increase in gas and electricity prices from December, a move that was criticised by Infrastructure Minister Jernej Vrtovec and Prime Minister Janez Janša.

The latter described the decision as unjustified during Monday’s questions time in parliament, urging Petrol clients to change their electricity provider.

OMV Slovenija meanwhile said that the company was striving to comply with the decrees of competent authorities, while at the same time making an effort to provide services and products to users in a safe manner.

The company told the STA that sales of heating oil OMV Futur Plus were made through authorised dealers, “who independently determine the terms of sale, payment and delivery”, as well as through selected gas stations where a litre of heating oil cost EUR 0.795 on 21 October 2020, while the current price is EUR 1.155.

“Let us point out that global oil prices have risen significantly in the meantime,” OMV Slovenija said.

Last year, when global crude oil prices were falling, the company saw an increase in heating oil sales, and this year, at least so far, there has been no major drop in demand, “which, in our view, can be attributed to even faster rising prices of other energy products”.

Economy Minister Zdravko Počivalšek said today on the sidelines of the launching of an investment in the company Sij Metal Ravne that the price of heating oil had increased by 69% since 2016, including by 64% due to the increase in global market prices and the rest due to margins.

These have increased from six to 15 cents per litre, the minister added. The decision to re-regulate heating oil prices was taken, the minister said, because the heating season had started and the government had been concerned about the risk of a significant increase in prices.

The government issued the regulation on the pricing of petroleum products on Wednesday evening. Pricing will be based on the prescribed methodology as the average 14-day price of the current period.

The post Petrol and OMV to comply with regulation of heating oil prices appeared first on Slovenia Times.