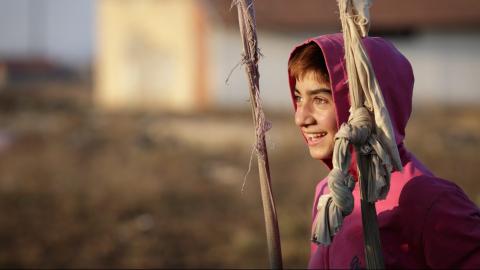 The example of Kotez is replicated in other towns and cities in Serbia, and in the Balkans, and explains the noticeable rise in the employment rate of Roma people, mainly in lower-paid service sectors, due to a shortage of labour. While data are often inaccurate, the most evident growth is in trade and seasonal farm work, especially in raspberry harvesting, where the labour force is increasingly made up of Roma women from the deprived south of Serbia.

The shortage of workers is a consequence of rapid changes in the labour market due to an ageing and declining working-age population caused by low birth rates and by emigration.

Since 2002, the active population in the 15-64 age bracket in Serbia has decreased by almost 600,000, and the share of population over 65 has risen to 21 per cent. Unemployment and labour supply were far higher a few years ago due to the massive job losses instigated by the 1990s crisis and economic transition.

Roma people, the largest ethnic minority in the region, have different demographic dynamism compared to other groups. In the Western Balkans, the Roma population is younger than average, less economically active and more exposed to employment discrimination than other ethnicities.

In Serbia, the number of Roma has almost doubled from 77,000 in 1981 to 148,000 in 2011. However, according to estimations, the number of Roma in Serbia alters between 400,000 and 800,000. The problem of Roma statistics is evident in almost all countries where Roma people provide a significant share of the population.