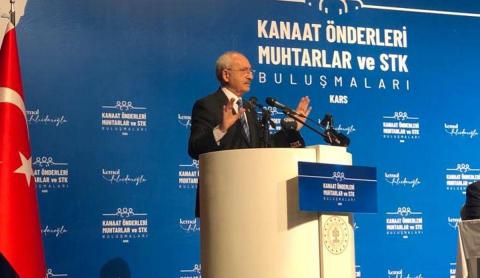 Kılıçdaroğlu questioned the closure of Turkey's State Planning Organization and warned that an economy without a plan cannot be managed.

Turkey faces this problem in its economy, the CHP leader said.

The CHP leader reiterated his call to bureaucrats not to act in line with the "instructions" which would "devastate" citizens.

Certain products are strategic for that region, and, for Turkey, that is agriculture and animal husbandry, he said.
These sectors are strategic for a state and the government should make policies accordingly, he said, pledging to do so when the CHP comes to power, Kılıçdaroğlu said.