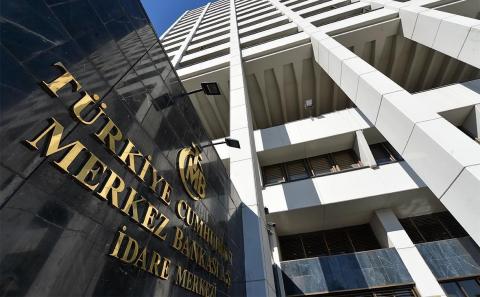 The policy rate- also known as the one-week repo rate- decreased to 16% from 18%, the bank said in a statement following its 10th Monetary Policy Committee (MPC) meeting this year.

The bank stressed that the recent rise in inflation rates are caused by supply side factors such as higher food and import prices - especially in energy - disruptions in supply chains, an increase in administered prices, and recovering demand.

It is assessed that these effects are due to transitory factors, the bank said.

The monetary tightening had a decelerating impact on credit and domestic demand, it said, adding the tight monetary stance has a higher-than-envisaged contractionary effect on commercial loans.

After the committee evaluated the analyses regarding decomposing the impact of demand factors that can be affected by monetary policy, core inflation developments and supply shocks, it decided a cut in interest rate.

"Nevertheless, the Committee assessed that, till the end of the year, supply-side transitory factors leave limited room for the downward adjustment to the policy rate," it noted.

In its last meeting in September, the Central Bank also reduced one-week repo rate by 100 basis points to 18% after holding it unchanged at 19% in its previous five...