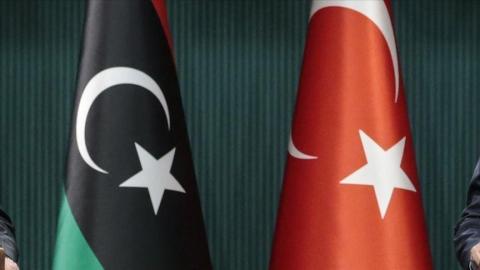 Discussing ways to strengthen and support relations at all levels, they spoke about the latest developments regarding elections in Libya scheduled for December, emphasizing the importance of holding them on time.

They also touched on the Libyan Stability Initiative conference which is scheduled to be held Thursday in Tripoli with international participation, including Turkey.

Libyan Foreign Minister Najla Mangush announced that the conference will be held on Oct. 21 with participation at the ministerial level.

According to the UN's roadmap for a solution in Libya, presidential and parliamentary elections are scheduled to be held simultaneously on Dec. 24.