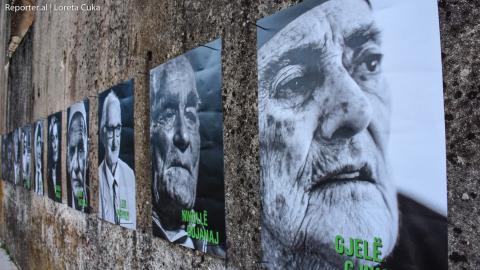 However, during the interview, it emerged that in at least one case, prosecutors have acknowledged that they should have taken action but have not done so since they were first asked to do so in 2018.

In a second case, which was opened back in 2010, prosecutors have shelved the matter, leaving unidentified human remains that have already been exhumed.

Stojani, who is Director for Institutional Coordination at the General Prosecution, was responding to BIRN's questions after the European Commission raised the issue in its annual report on Albania's progress towards EU membership, which was published this week.

"During the reporting period, the prosecutor's offices failed to conduct any 'ex officio' investigation on missing persons cases during the communist era," the European Commission said in the report.

Asked why prosecutors have not been investigating, Stojani first referred to the International Convention for the Protection of All Persons from Enforced Disappearance, which Albania ratified in 2008.

According to the convention, "'enforced disappearance' is considered to be the arrest, detention, abduction or any other form of deprivation of liberty by agents of the State or by persons or groups of persons acting with the authorisation, support or acquiescence of the State, followed by a refusal to acknowledge the deprivation of liberty or by concealment of the fate or whereabouts of the disappeared person, which place such a person outside the protection of the law."

However, Stojani said he believes that the several thousand Albanians who disappeared during communism do not fall into this category.

"These people had been detained by the organs of criminal prosecution and judged by courts and sentenced according...