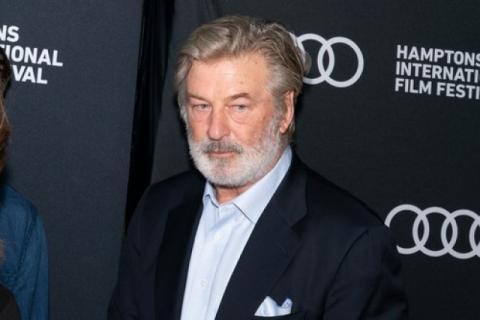 According to the Guardian, the actor accidentally killed the director of photography with a prop gun and wounded director Joel Souz, the Guardian reports the words of the authorities in New Mexico.
"The sheriff confirms that two people were shot on Rust's set. Director of Photography Halyna Hutchins (42) and director Joel Souza (48) were shot, while the incident involved the misfiring of a prop gun with blanks by actor and producer Alec Baldwin (68)," the sheriff's report said.
"Ms. Hutchins was airlifted to the hospital where she was pronounced dead. Souza is in the hospital for emergency treatment."
It is stated that the investigation is open and active, and that no legal action has been taken regarding this incident.
The sheriff's office told the Guardian that Baldwin voluntarily spoke with investigators and left after being interrogated.
Alec Baldwin's media representatives stated that the incident involved the misfiring of a prop gun with blanks, without giving details.
Shooting on set was disrupted.
"The details are unclear at this moment, but we are working to learn more, and we support a full investigation into this tragic event," said guild president John Lindley and executive director Rebecca Rhine, BBC reports.