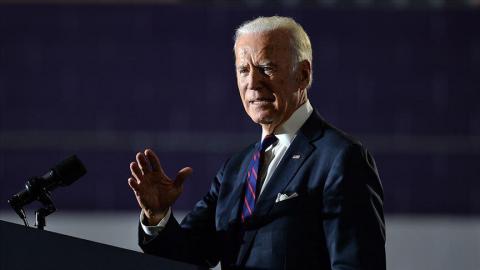 The United States would defend Taiwan if the island were attacked by China, President Joe Biden said on Oct. 21, a declaration welcomed by the democratic island that risks fury from Beijing.

Authoritarian China regards self-ruled Taiwan as its own territory and has vowed to one day seize the island, by force if needed.

Beijing's sabre-rattling has ramped up in recent years, exacerbating fears the island of 23 million people could become a major global flashpoint.

At a CNN town hall, Biden was asked whether the US would come to Taiwan's defence if China invaded. "Yes," he responded. "We have a commitment to that."

Biden's statement was at odds with the long-held US policy known as "strategic ambiguity," where Washington helps build Taiwan's defenses but does not explicitly promise to come to the island's help.

The policy is designed to deter a Chinese invasion and also discourage Taiwan from formally declaring independence, something Beijing regards as a red line.
Biden's comments were welcomed on Friday by Taiwan, which has pushed to bolster international alliances to protect itself from Beijing.

"The US government has demonstrated, through actual actions, their rock solid support for Taiwan," Presidential Office spokesperson Xavier Chang said in a statement.
Biden made a similar pledge in August during an interview with ABC, insisting that the US would always defend key allies, including Taiwan, despite the withdrawal from Afghanistan in the face of the victorious Taliban.
Biden said the United States made a "sacred commitment" to defend NATO allies in Canada and Europe and it's the "same with Japan, same with South Korea, same with Taiwan."
The White House subsequently told reporters on both...

What if war breaks out?

Taiwan acknowledged for the first time: This will infuriate China
The Military Imbalance In The Taiwan Strait (infographic)

Taiwan leader says island will not bow to China