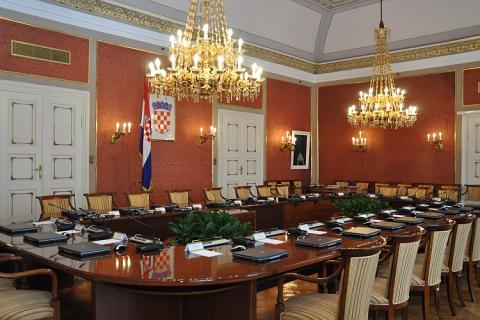 Croatia's government was accused of treating women as second class after it again refused to lower VAT on women's period products.

Anka Mrak Taritaš, of the opposition liberal GLAS party put forward the amendments to the VAT Act, proposing to lower VAT on feminine hygiene products from 25 to 5 per cent.

On Thursday, Taritaš told parliament that during her lifetime every woman in Croatia pays around 8,000 kune in VAT on sanitary towels and tampons.

But her second proposal this year to lower VAT on period products, was discussed on Thursday in parliament - and rejected again.

On March 25, the government rejected the same proposal, also initiated by GLAS. Women's NGO PaRiter reacted to the second rejection of the proposal, saying that the centre-right government had once again sent a message that women are second-class citizens.

As the Croatian news agency HINA reported, Zdravko Zrinušić, director of the Tax Authority, said the proposal could not be supported because a systematic solution was required to avoid undesirable effects.

He recalled that VAT had already been lowered on food, medicines, energy and municipal services, and this had not resulted in lower prices.

A ruling party MP Ana Pocrnić Radošević opoosed the proposal, saying that women might now "also ask for lavender and rose-scented pads … and a rose is expensive to grow, so the pads would be more expensive".

As BIRN reported, in 2019, the NGO from Rijeka PaRiter conducted an online questionnaire on period products' costs, to which more than 6,000 people responded.

The results revealed that a considerable number of women said they had no access to toilets, toilet paper, or even hot water or soap.

Around 56 per cent of respondents said...