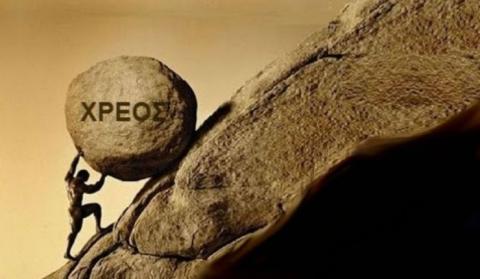 The public debt reached 354 billion euros at the end of the second quarter of 2021, according to ELSTAT calculations.

At the same time, the Greek debt trend until 2060 is favorable, despite its increase during the pandemic, according to a recent OECD study.

According to the baseline scenario of the study, Greece is the only OECD country that does not need to take fiscal measures to prevent an increase in its debt.

This result, according to the OECD, is partly due to the reduction in public pension spending following the recent reforms and partly to the relatively high initial structural primary surplus of the country.

However, Eurostat raises objections regarding the course of the Greek debt.

The issue mainly concerns the guarantees of about 23 billion euros that he has given to the systemic banks to proceed with the securitization of red loans through "special vehicles" and for which the European Statistical Office (Eurostat) raises the issue of their registration - as a possible future liability of the country -for public debt.

From there on, according to ELSTAT data, the primary surplus at the end of the first half, according to ESA (European System of Accounts), was 2.7 billion euros.