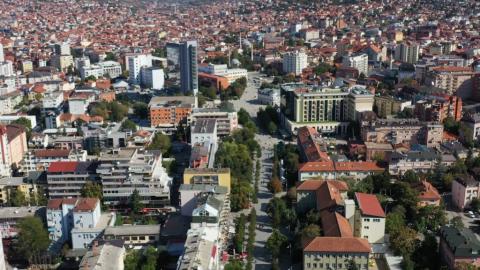 Their names and functions have not been disclosed but Osmani said the decision was taken because of "their harmful activities, which have compromised Kosovo's national security and constitutional order".

A close ally to Serbia, Russia was among the first to condemn Kosovo's declaration of independence from Serbia in 2008, and has since voted against its membership of international institutions, in line with Belgrade's policies.

It has, however, retained a diplomatic presence in Kosovo under a Liaison Office while other countries that have recognised Kosovo have opened normal embassies.

Referring to the decision, Osmani added: "Institutions of the Republic of Kosovo are determined in the fight against the malign influence of Russian Federation and their satellites in the region, which aim to destroy our achievements and these of United States, NATO and the European Union."

Osmani continued: "We will continue to cooperate closely with our American and European allies to prevent any attempt that Kosovo and our region fall prey to the destabilizing ambitions of Russian Federation."