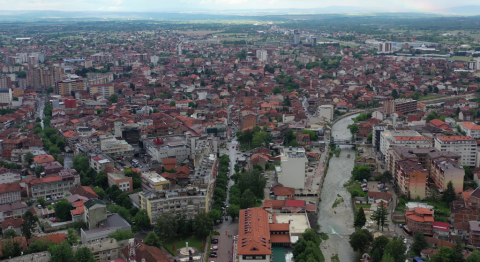 Police confirmed on Thursday evening that a group of minors from the western town of Peja/Pec has been identified and interviewed for stoning a Serb woman's house in the town centre.

"The case happened last week and two days afterwards, police identified some four or five persons under 14. They have been interviewed in the presence of their parents and lawyers," Fadil Gashi, a Kosovo Police spokesperson for the Peja/Pec region, told BIRN.

"They have admitted the act. They have declared they were not pushed to do it [by anyone] or by any purpose," he added.

In October 14, local station Radio Gorazdevac reported that house of Rumena Ljubic, the only Serb woman living in the town, had been stoned for the second time within 24 hours. The station said that some of Ljubic's windows were smashed during the attack.

The OSCE Mission in Kosovo welcomed the police's response to the incident.

"We commend Kosovo Police in Peja/Pec for apprehending those who stoned the house of Kosovo Serb Romana Ljubic, smashing her windows," the OSCE Mission said.

"Important to tackle delinquency and respect the vulnerable in our community," it added.