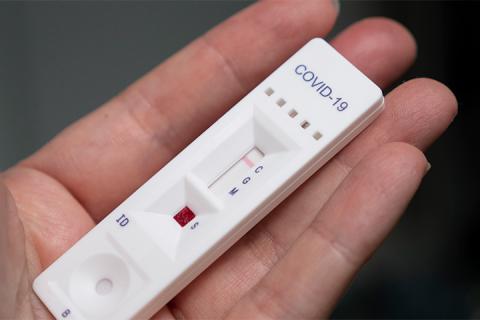 Ljubljana – An opposition MP has urged Health Minister Janez Poklukar to appoint a competent group of experts to look into the verification of rapid antigen coronavirus tests bought by the state last year after a senior microbiologist at the verifying authority who has since lost her job told a parliamentary inquiry they were inadequate.

The Health Ministry bought the controversial tests from Majbert Pharm in December 2020 to be used for voluntary mass testing against coronavirus. They were verified by the National Laboratory for Health, Environment and Food (NLZOH), which found them to be up to the standard.

However, Metka Paragi, who lost her job with the NLZOH in April, told an opposition-led parliamentary inquiry which has been looking into the government’s handling of the epidemic last week that the tests were inadequate and did not meet technical requirements.

The expert, who media reports say headed the NLZOH’s reference lab for Covid-19 and served as the national contact point with the European Centre for Disease Prevention and Control for 15 years, believes she was removed from those jobs because she “dared speak out”.

The inquiry also interviewed NLZOH director Tjaša Žohar Čretnik, who said that the verification had been professional and up to WHO standards, while she also denied one of the employees was sacked for speaking out about the verification being inadequate.

To clear things up, Dejan Židan, an MP for the Social Democrats (SD), called on the health minister to order oversight of the tests’ verification, which he believes should be conducted by competent microbiologists able to interpret results.

He also expects the minister to commission a new verification of the tests at a reference lab in an EU country. “Such a review should in particular answer the question whether the rapid tests meet all the requirements in the public procurement call.”

The MP also asked the labour and public sector inspection services to examine Paragi’s dismissal. “They should look into suspected harsh sanctioning of those experts at NLZOH who would consent to what they believe is non-professional,” said Židan.

The post Minister urged to act amid controversy over rapid tests appeared first on Slovenia Times.