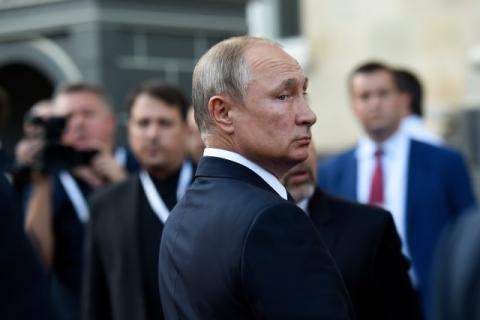 In a mocking tone, which has become a trademark of the Minister of Foreign Affairs of Russia, Sergei Lavrov proposed that NATO, "in case of urgent matters", address the Russian Embassy in Brussels, which is in fact in charge exclusively of bilateral relations between Russia and Belgium.
If there really was something that could be called "normal relations" between NATO and Russia, some "urgent issues" would have to be resolved: Afghanistan, tensions in the Indo-Pacific area, terrorism and global problems around migrations.
The basic act on joint relations, i.e. cooperation between NATO and Russia from 1997, has never officially ceased to be valid, but Moscow's relations with the North Atlantic Alliance have more than cooled since the beginning of the Russian-Ukrainian conflict in 2014.

For the Russian president, this break is in fact a logical step. Not just because he is always afraid that he might accidentally leave the impression that he is "weak". In the 2020 referendum, which is thought to have been well-manipulated, Putin made sure he could stay in the Kremlin until 2036 - making him virtually a lifelong president.
He has since begun a new phase in his Cold War against the West, and NATO is the ultimate symbol of that conflict. In undermining or even destroying the unity of the transatlantic community, Putin sees not only a guarantee of the security of his own regime, but also of his historical heritage.

Closing the permanent Russian mission to NATO, serves the Kremlin, even formally, as an excuse to gradually increase tensions with neighboring countries. Primarily with Ukraine, but also with Poland and the Baltic countries. For...