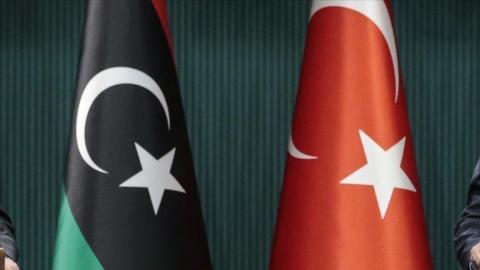 "The Libyans have proven, time and again, that they have the courage, resilience and determination to stabilize their country and bring the political process to a viable conclusion. Turkey will stand by Libya in this journey," said Önal, speaking at the International Conference to Support Libya's Stability in the capital Tripoli.

"Now it is time to take steps towards national unity and reconciliation by building on the gains already achieved," he said.

Önal underlined the importance of ensuring territorial integrity and political unity in Libya where security, stability and prosperity prevails.

He urged the international community to help empower the Government of National Unity (GNU), saying: "It is a must if we are candid about moving Libya forward."

"The GNU still needs our support to extend its authority to the entire country, to deliver public services and to unify state institutions," he noted.

On national elections scheduled for December, Önal said Turkey is committed to holding them on time.

He said it is important to hold elections in a free, fair and credible manner so their results are acceptable to all parties in the country.

Since a popular revolution toppled the regime of Muammar Gaddafi in 2011, Libya has faced a long civil war and recently moved to a transitional phase in search of stability.

According to the U.N.'s roadmap for a solution in Libya, presidential and parliamentary elections are scheduled to be held simultaneously on Dec. 24.

These elections may be hampered by current differences over the election laws between on the one hand the House of...

Turkish, US presidential aides discuss ties, regional matters
The Most Dangerous Airspace To Fly Through (infographic)