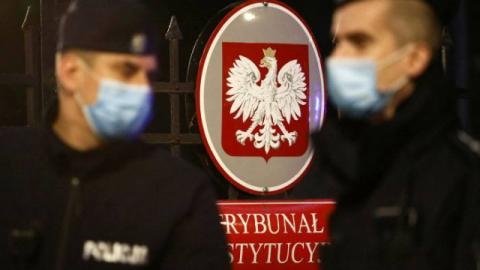 Polish authorities do not believe that the resolution adopted by the European Parliament (EP) on Thursday, which expresses dissatisfaction with Warsaw's actions, which MEPs say is trying to undermine the rule of European law, is binding. This was announced on Friday on Polish Radio by the Deputy Minister of Foreign Affairs of the Republic Piotr Wawczyk.

According to him, this resolution of the European Parliament "does not have bindingstrength for no one ". "This is extremely an expression of the views of MEPs," said the foreign ministry spokesman. According to Vavzhik, the EP is "a body acting exclusively under the dictates of the current political situation."

The resolution, criticizing Poland, was supported by 502 MEPs, 153 opposed and 16 abstained. MEPs deeply regretted the decision of the Polish court of October 7, 2021, which they perceive as an attack on the values ​​of the European community. According to the resolution, the Polish court has no legality or independence. According to the authors of the document, the Constitutional Court of Poland has become an instrument for legalizing the illegal activities of the authorities.

The European Parliament has demanded that EU taxpayers' money not be given to governments that deliberately and systematically violate European values. MEPs called on the European Commission to take action against Poland, including suspending payments from the EU budget. According to Vavzhik, the freezing of the national recovery plan by Brussels is unjustified and illegal. The European Commission's inaction on this issue "will be grounds for Poland to appeal to the Court of Justice," he said.

In July, the European Court ruled at the request of...