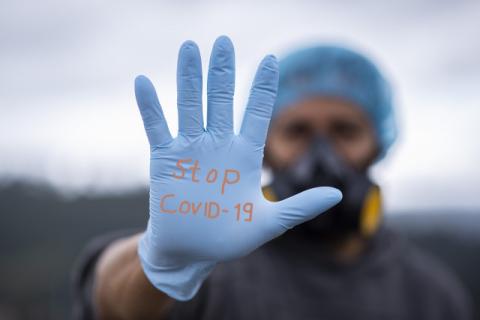 Between 80,000 and 180,000 medics have lost the battle with Covid-19, according to the World Health Organization. According to her, doctors and nurses should be vaccinated with priority. In the UK, more than 50,000 are newly infected per day, for the first time since July.

Between January 2020 and May 2021, between 80,000 and 180,000 medical staff died from covid. Globally, there are approximately 135 million doctors, nurses, paramedics. According to the WHO document, whose conclusions are based on information from 119 countries, two out of five medics are fully vaccinated.

However, there are huge differences in terms of geographical regions. In Africa, for example, one in 10 doctors is immunized, in rich countries they are 8 out of 10.

"If the world's richest countries fail to mobilize and organize immediate vaccine deliveries to the unvaccinated at the G20 summit in Italy, the epidemic, economic and ethical disregard will oblige us all," said Gordon Brown. WHO Ambassador.

A record number of new infections in the UK for the first time since July - they are over 50 thousand per day. From the beginning of the week, the health authorities want the return of part of the covid restrictions. According to the government, however, the situation is under control. The authorities invited everyone for whom the third, boosting dose is recommended, to take advantage.

The Prime Minister of New Zealand announced that the strict quarantine measures will be lifted only after 90% of the island's population. For a day there are registered 129 new cases - a record number for the third time this week.