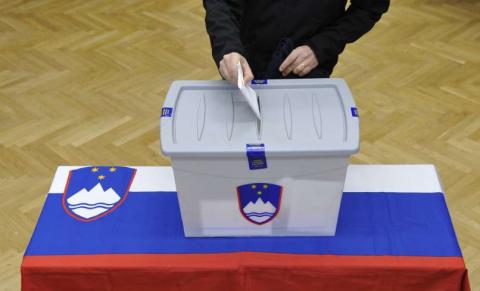 Ljubljana – The parliamentary Home Policy Committee voted down late on Friday evening a motion by the centre-left opposition calling for a snap election. The emergency session, which lasted for more than nine hours, discussed the situation in the country. The government finds the motion to be unwarranted.

They accused the government of creating a state of emergency in the country, criticising what they see as rule by decree and politicisation and militarisation of police. They also argued that there was excessive police violence at the October 5 protest.

The centre-left MPs proposed a motion for the committee to urge the government to step down and thus enable an early election.

Other motions were also tabled, including one calling for the dismissals of Interior Minister Aleš Hojs and Police Commissioner Anton Olaj prior to the government’s resignation.

The government had dismissed all the allegations, saying that such potential steps would in no way help to improve the situation in the country, what is more, a potential resignation of the government could significantly weaken Slovenia’s ability to contain the spread of the coronavirus.

An early election would be used by the organisers of violent protests to further deteriorate the national security, the government said.

Interior Ministry State Secretary Franc Kangler said at yesterday’s session that the opposition was not aware of Slovenia’s political responsibility during its EU presidency.

He lauded Hojs’s work and dismissed allegations of political staffing in the police. “Get 46 votes, table a no-confidence motion and let’s go to the polls,” he said.

Meanwhile, the Left’s MP Matej T. Vatovec said the government had been financially draining the Slovenian Press Agency (STA) for practically an entire year, fumigating citizens with tear gas and failing to honour court rulings, among other things.

Rudi Medved of the LMŠ said that the government’s claims about the potential deterioration of security in the event of an early election were not logical because people had been protesting against the government.

Boris Doblekar, an MP from the ruling Democratic Party (SDS), said that the opposition had been only opposing and problematising everything, and that the epidemic, Covid-19 and public health were being used to score cheap political points. “You are creating chaos, anarchy”, he said.

The parliament’s Legislative and Legal Service had pointed out that calling for the dismissal or resignation of individual officials was not a measure to which a motion could apply and that the National Assembly could question or enforce the political accountability of ministers and the prime minister through other instruments.

The issue of the political and professional independence of the police is also not a matter that could be the subject of a non-binding motion, said the law experts.

The motions tabled by the centre-left opposition were turned down in a 10:8 vote.