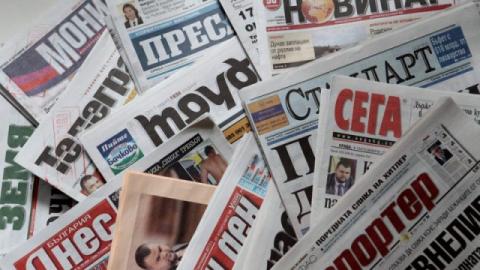 Young people keep in touch with Bulgaria and inform Bulgarians around the world with publications in Bulgarian media abroad.

One of them is George Andreas Budur, a volunteer at the Banatski Bulgarian Voice newspaper, which is published in Romania. He was among the participants in the Sixteenth World Meeting of Bulgarian Media, organized by BTA, in the Rila Monastery and Kyustendil.

The newspaper is not a periodical, it is published when there are funds for it, Budur told a BTA reporter. The publications in it are mainly in Banat Bulgarian, but part of the content is in literary Bulgarian and Romanian. The articles are from all spheres of life, the newspaper is politically neutral and informs mainly about important events related to the Banat Bulgarian community in Romania. He also informed about important events in Bulgaria, which are related to the Banat community, said the young media representative.

George Andreas Budour was born in Timisoara (Romania) 23 years ago. He has been in Bulgaria for five years, where he graduated in "Applied Linguistics" with English and Chinese in Veliko Tarnovo. He is currently studying for a master's degree in Chinese Studies at Sofia's St. Kliment Ohridski University and working as an interpreter in Svishtov. He was warmly welcomed in Bulgaria, but found that people here knew little about Bulgarian communities abroad. Most of them did not know anything about the Banat Bulgarians, but they are happy to see that there are people who were born and raised outside Bulgaria, but still care about the Bulgarian, Budur said.

He himself does not know whether he will stay in Bulgaria or Romania. However, he is sure that he wants to work to preserve the Bulgarian community in our northern neighbor...