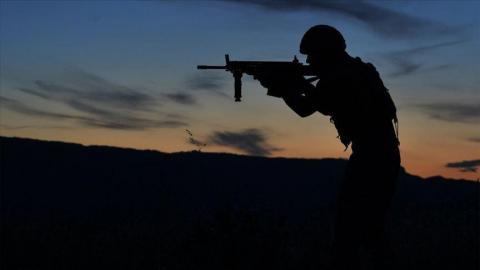 The terrorists "infiltrating" the border of Çukurca district of southeastern Hakkari province were "captured dead" in a land operation backed by an armed UAV of gendarmerie forces and close air support, Minister Süleyman Soylu said on Twitter.

Although he did not specify the terrorists' affiliation, the PKK terror group has been active in eastern and southeastern Turkey.

In its more than 30-year terror campaign against Turkey, the PKK - listed as a terrorist group by Turkey, the U.S., and EU - has been responsible for the deaths of nearly 40,000 people, including women, children, and infants.