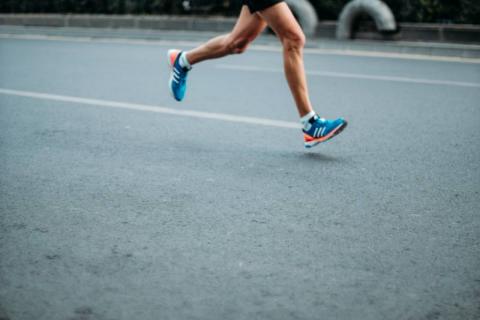 Ljubljana – The 25th Ljubljana Marathon on Sunday was dominated by Kenyan runners, with Ernest Kibet Tarus winning the men’s race with a time of 2 hours 22 minutes and 39 seconds, and Kwamboka Momanyi Grace winning the women’s competition (2:38:10).

Ernest Kibet Tarus was far behind the official record of the Ljubljana Marathon, but nevertheless finished four minutes and a half ahead of the second-placed Marko Ranković of Serbia (2:27:09).

Slovenia’s Janez Mulej (2:28:07) was third with his personal best time to win the title of the Slovenian champion.

Kwamboka Momanyi Grace meanwhile dominated the women’s race, finishing more than seven minutes ahead of Slovenia’s Anja Fink (2:45:29), who won the title of the Slovenian women’s champion. Barbara Molnar of Hungary (2:55:18) was third.

The Ljubljana Marathon was held today after last year’s race was cancelled due to the pandemic last year. This year’s edition was slightly altered as well – all the races (10km, 21km and 42km) taking place on the same day.

In the half-marathon race, Slovenia’s Primož Kobe won in the men’s competition with a time of 1:07:02, and his compatriot Neja Kršinar had her personal best of 1:14:23 to win the women’s competition.