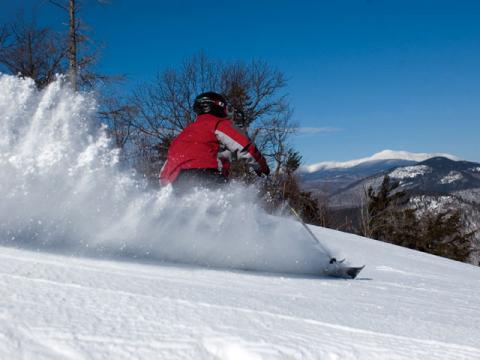 Kranjec was quick already in the first run of the 2021/22 season opener, finishing fourth, 0.27 seconds behind the then leading Leitinger.

The 28-year-old from Ljubljana followed it up in the second run, taking the leading position three skiers to go. He was eventually overtaken by Odermatt and Leitinger with a very narrow margin.

The giant slalom specialist was only a tenth of a second late for the first place and was only 0.03 seconds behind Leitinger.

“The feelings are great, it’s nice to start the season on the podium,” Kranjec told reporters, adding that he had given the best of him. “I’m exceptionally happy and self-confident about the season continuing to be good,” he added.

Kranjec noted before the first race that he had had a good training camp, that his head was calmer than in the previous season and that he was looking forward to the competition more.

Klemen Bergant, a coach for technical disciplines in the Slovenian men’s team, said he was “happy for Žan for competing with the best after the difficult times, after the poorer last season. Perhaps it will be easier for him to continue the season.”

This is a second podium finish for Kranjec in Sölden, as he also finished third there two years ago. In 2016, he was just below the podium, at 4th place.

Today’s 3rd place is the eighth career podium finish for the Slovenian, who has two World Cup victories in the giant slalom (Saalbach-Hinterglemm in 2018 and Adelboden in 2020), and one second-place finish.