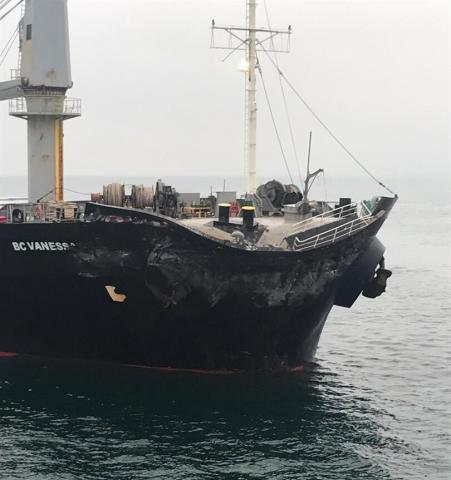 The Benitamou, a Panamanian-flagged vessel 299 meters (981 feet) long, collided with the Vanessa, a Barbados-flagged ship 172 meters (564 feet) long, off the Sarkoy district of the northwestern Tekirdağ province for an undetermined reason.

Following the incident, the captains of the vessels reported the situation to the Coastal Safety Directorate teams.

Tugboats were dispatched to the region to ensure security.

An investigation has been launched into the incident.