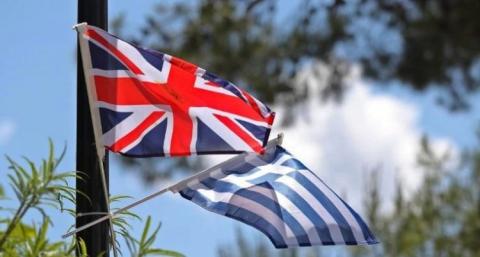 Foreign Minister Nikos Dendias will meet tomorrow in London with British Foreign Secretary Elizabeth Truss for talks and to sign a bilateral agreement on a series of areas of cooperation that he said will deepen Greece-UK ties.

It will include collaboration on defence and security issues.

"On Monday, 25 October, I shall meet in London with my British counterpart to sign a bilateral Framework Agreement that will cover a large number of areas, including defence and foreign policy," Dendias said in an interview published today in Eleftheros Typos.

"The agreement does not exclusively concern defence issues, as was the case in our agreements with the US, France, and the United Arab Emirates. It is a Framework Agreement that will allow the deepening of our relations with a country with which we have centuries-old ties of friendship. It is a country that played a decisive role in achieving Greece's independence, a country with which we fought on the same side in two World Wars," Dendias said.

Dendias noted that the UK is a "nuclear power, a permanent member of the UN Security Council, and a Guarantor Power in Cyprus".

The UK granted its former colony independence in 1960 and maintains sovereign bases on the island to this day. In the Treaty of Guarantee - one of three treaties that established the Republic of Cyprus - Greece, Turkey, and the UK became Guarantor Powers of the country's independence.

Britain has always played a decisive role in UN-sponsored efforts over more than four decades to reach a settlement on Cyprus, after the 1974 Turkish invasion and occupation of nearly 40 percent of the island.

"If the confluence of events in the future permits, we...