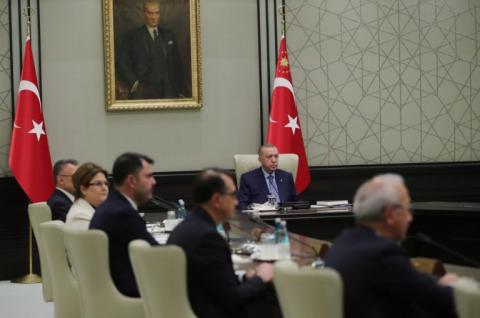 Just two days after he announced his intention to expel 10 Western ambassadors, Turkish President Recep Tayyip Erdogan beat a hasty retreat after his decision raised a political maelstrom and a further fall of the Turkish lira at home and a diplomatic crisis with some of the world's most powerful countries.

It is the greatest foreign policy crisis in Erdogan's 19 years in power.

"Our intention is not to create a crisis, and these embassies backed off with a statement of compliance with the Vienna Convention. We expect these ambassadors to behave analogously from now on," Erdogan declared after he chaired a cabinet meeting this afternoon.

Seven of the ambassador's represent NATO member-states and the move would have caused a huge rift in the Alliance,

On 18 October, the US Embassy in Ankara posted on its website the joint statement of 10 Western ambassadors calling for the release of businessman, philanthropist, and rights activist Osman Kavala, whose imprisonment led to a ruling against Turkey in the European Court of Human Rights:

"Today marks four years since the ongoing detention of Osman Kavala began. The continuing delays in his trial, including by merging different cases and creating new ones after a previous acquittal, cast a shadow over respect for democracy, the rule of law and transparency in the Turkish judiciary system. Together, the embassies of Canada, France, Finland, Denmark, Germany, the Netherlands, New Zealand, Norway, Sweden and the United States of America believe a just and speedy resolution to his case must be in line with Turkey's international obligations and domestic laws. Noting the rulings of the European Court of Human Rights on the matter, we call for Turkey to secure his urgent release,"