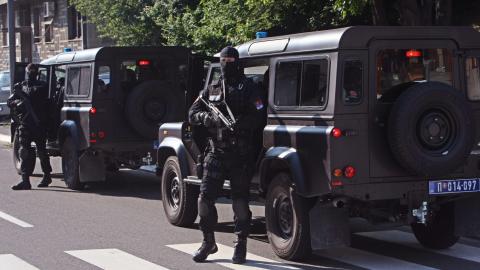 The country's new five-year national strategy for processing war crimes, which was adopted by the government earlier this month, sets out how prosecutors, judges and other officials intend to move forward in the period from 2021 to 2026.

It covers issues like the efficiency of proceedings, the protection of victims and witnesses, finding the remaining wartime missing persons and cooperation with the United Nations' International Residual Mechanism for Criminal Tribunals in The Hague and with judiciaries in other ex-Yugoslav countries.

The new strategy accepts that there is a need for greater efficiency and cross-border cooperation, and also recognises the need for implementation of legislation that would criminalise enforced disappearances and give rights to the families of war victims.

However, the strategy neglects to address some specific issues, such as how Serbia has been protecting people who have been indicted or convicted of war crimes in Bosnia and Herzegovina.

It also does not address the issue of Serbia's refusal to extradite two politicians to The Hague who are accused of contempt of the UN court, even though cooperation with the International Residual Mechanism for Criminal Tribunals is set as a specific goal.

The strategy does however make clear that there are more than 1,700 unsolved cases on file at the War Crimes Prosecutor's Office, and that only 34 indictments were raised in the previous five-year period from 2016 to 2020 - suggesting that many of the unsolved cases are likely to remain unprosecuted because of the slow rate of progress.

Raising the number of indictments

A Serbian police officer in front of the war crimes court in Belgrade. Photo: EPA/KOCA...