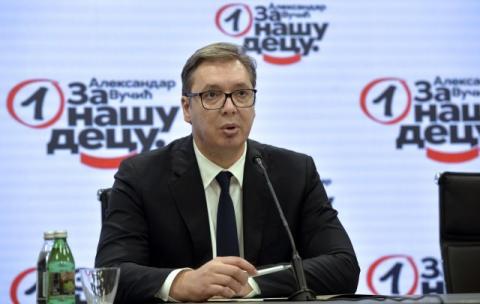 "That would be catastrophic, terrible news for our people," said Vucic.
He added that he was very worried about their words, and that the Albanians from Kosovo showed that international agreements did not apply to them.
Vui said that "those who plan to do that were grossly deceived".
"I'm not sure it will be good news for them either. He has to think well about his decisions. We have nowhere to go, we can only make forced moves, not through our own fault," he said.
In the previous days, there was an announcement in the media that there is a danger that Kurti will use the situation to control the Valac substation, through which more than 85% of the electricity comes to the north of Kosovo and Metohija and to the Gazivode reservoir. They could try to take those stations with such an operation as was carried out at the border crossings. As for other threats, he says that he is sure that they are planning that, as they are waiting for November 6 for a "certain" reason, planning to take over "Valac" in the next period.
As he says, the Brussels agreement is important, precisely so that they would not be in a situation like today, "but they were grossly mistaken if they think it suits them."
Vui answered the question of the journalists to comment on the fact that the USA says that Pritina must fulfill its obligations, including the formation of the CSMs, while the Assistant Prime Minister of Kosovo Beslimi said that there will be no formation of the CSMs and announced in a conversation with Borrell that Pristina and Kosovo police continue with operations.
"I am worried about their words, first of all because I can freely say that no agreements are valid even if they are not interested in international legal acts that are valid...