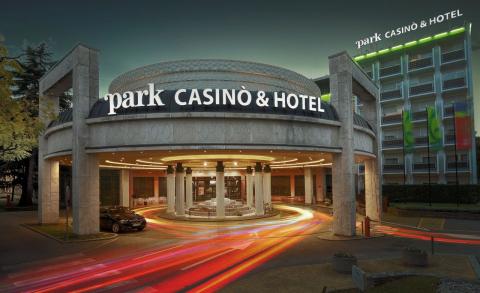 Ljubljana – The National Assembly endorsed at first reading on Tuesday changes to the gaming act that introduce partial liberalisation of the field and allow for multiple organisers of classic games of chance. The centre-left opposition obstructed the session. Employees from the gaming sector and charities strongly oppose the changes.

The motion was adopted in a 39:2 vote with the Left, Alenka Bratušek Party, Social Democrats, Marjan Šarec List and the deputy group of unaffiliated MPs obstructing the vote.

The changes would create a legal framework to enable granting concessions for the ongoing operation of classic and special games of chance based on a public tender.

“The main goal of the changes is to put the legal framework for gaming in line with the EU law and upgrade it so that it all ensure that games are being held in a regulated environment,” Finance Minister Andrej Šircelj told MPs last Friday.

While currently only two companies have concession for operating classic games of chance – Loterija Slovenije and Športna Loterija, now the number could increase to five.

While the minister and coalition MPs argued that more competition would bring more revenue to the budget and to humanitarian organisations, organisations for the disabled and sports organisations, which are financed from this field, the opposition warned that the market was limited and that the organisations could receive less funds.

In line with the existing 1995 gaming act, the government and the finance minister have so far freely decided on granting and extending concessions. But under the new bill, the government would grant concessions for operating classic and special games of chance based on public tenders to be published three times a year.

The proposed changes also eliminate the requirement that a company wanting to obtain a concession for operating special games of chance must be seated in Slovenia, which transposes EU legislation.

For concessioners that operate special games of chance in casinos, most restrictions regarding the ownership would be lifted.

So far, owners could only be the state, local communities, fully state-owned companies and also companies, but the latter could acquire a maximum of 49% of regular shares and had to meet a number of conditions.

The new legislation, however, envisages that the indirect or direct state’s share in the ownership structure of a concessionaire may not be lower than 25% plus one share in the case of a public limited company and no lower than 51% for any other type of company. According to the minister, this opens the possibility of entering of strategic partners.

The new proposal abolishes licences for the gaming industry and sets special conditions for obtaining concessions in betting.

During the debate, the opposition pointed to criticism voiced by stakeholders and the fact that many solutions had been entered into the proposal after the public consultation period. MPs noted that most EU countries had one or two companies organising classic games of chance and that the potential consequences of liberalisation of this market had not been analysed.

The coalition promised to take into account relevant remarks through amendments.

Marko Pogačnik from the senior coalition Democrats (SDS) said that opening the market would increase budget revenue and funds for charity and sports organisations, which was echoed by Monika Gregorčič from the Modern Centre Party (SMC).

Jani Ivanuša from the opposition National Party (SNS) said that a large share of revenue in gaming was generated by foreign citizens, so he called for more intensive advertising campaign in other countries. He said the list of organisations funded from concession fees should be expanded, including to the Institute for Protection of Cultural Heritage.

Jože Lenart from the Marjan Šarec List (LMŠ) said no analyses had been presented on what effect the changes would have on Loterija Slovenije and Športna Loterija, consumers and additions, and what consequences they would have for the society.

The two biggest Slovenian charities, Caritas and the Red Cross, believe the changes would be harming for the wider society, as the enhanced marketing activities they entail would lead to more addictions.

So far, the organisers of the games had been controlled by the state and the foundations, which in case of Loterija Slovenije have a majority on the supervisory board, and thus oversight over costs, investment and dividing of profit, a part of which goes for community service.

“A smaller concession share means less funds for community services and more funds for aggressive advertising and tempting prizes, which encourages development of addictions and has other harmful consequences,” the charities warned, adding that a few million euro less would go to sports foundations, and for aid for the disabled and poor.

Primož Siter from the Left said the bill was written for specific interests of those who would like to enter the market and that it created the basis for privatisation of the Nova Gorica-based Hit. He said deregulation of the profession would bring pay and social dumping.

Indeed, employees from the gaming sector said the changes put them in a very subordinated position, so they were seriously considering a strike. The changes will jeopardise the operations of Hit, which is already struggling with competition from Venice and all small gaming companies around Nova Gorica, they warned.

Including tips and entrance fees in the concession fees would, according to the gaming trade union, increase the already high taxes on wages.

The union also opposes the proposed abolishing of licences for employees, which Hit management supports, as it believes this would lead to lay-offs, and hiring of foreigners who work under different conditions and whose rights are restricted.