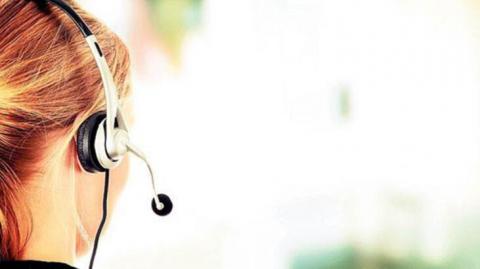 As the violence against women and femicides continues to be a deeply rooted and prevalent issue in Turkey, human rights defenders and activists are debating whether the hotlines called "calm lines" will help prevent the violence the way it partly did in Colombia.

Having been in effect in the South American country for a while, the hotline aims to "calm down" men, who are on the verge of resorting to physical violence against their partners, with the help and suggestions of psychologists.

The hotline also puts men at the center of the conversation surrounding violence against women and targets to address the ideology behind their actions.

The hope seems that proactive, preventative and men-focused initiatives will be more effective in eradicating "machismo," however, there are question marks as to whether this mechanism will work in Turkey, a country where 290 women became victims of femicide just this year.

Speaking to daily Milliyet, women's rights activists say that this practice will not work well in Turkey and that a mentality transformation with gender equality must be achieved before similar practices can be implemented.

"The main argument of the state should be the dissemination of efforts to prevent and repress violence. In other words, a man needs to know and learn about the wrongdoing of violence and to see himself as an individual," said Canan Güllü, the president of the Federation of Women's Associations of Turkey.

Pointing out that the capacities and awareness of the emergency hotlines for women are still controversial, Güllü stated that such new approaches would be doomed to failure before more fundamental steps were taken.

She also noted that women in Turkey were left unprotected against violence with...