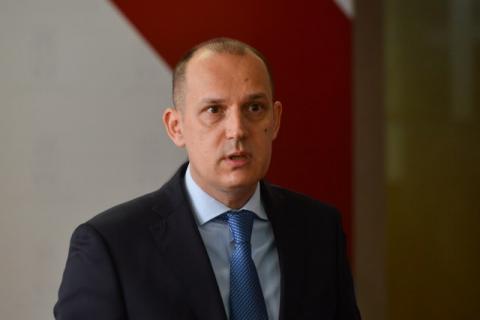 He told the citizens not to do that anymore, because neither of them is to blame for anything.
"I want to tell all those people who went to the private addresses of Dr Kon and Dr Tiodorovic not to do that anymore, because neither of them is guilty of anything. They are my choice for members of the Crisis Staff and I stand behind every decision or proposal of theirs. I am the only one who can be regarded as guilty. Therefore, don't go in front of their apartments, come in front of mine," Loncar said.
Minister pointed out that Kon and Tiodorovi are just doing their job and reiterated that they are his choice.
Loncar told everyone, both those who are protesting and those who are not protesting, that he was the first to advocate for the introduction of the pass, and added that a meeting would be held today on breaking the chain of virus transmission in schools and among children.
"I am the first to advocate. I am responsible, I am to blame for all those who do not like it, and those who take part in protests, if in the first place they deal with something other than the health and lives of people, it speaks for them," said Loncar.
He added that people who have nothing to do with medicine talk about Pavlovi's ointment and medicines for cattle to treat the coronavirus. "No one else is to blame, it's me. Blame it all on me, but we will go here to the end," Loncar said, adding that today 17 children fell ill in Nis, who are in hospital, and some of them is on a respirator and are seriously life-threatened.
Loncar pointed out that medicine is not demagoguery, but that concrete things must be undertaken, and added that he would advocate for passes, that is, safe functioning.
During last night's protest in Belgrade over several...