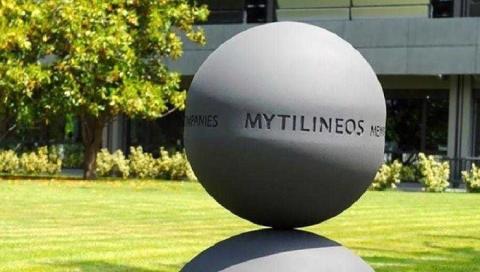 62.4% increase in earnings per share on an adjusted basis for extraordinary and non-recurring events, compared to the Nine Months of 2020, or 18% on a non-adjusted basis, with net profit after minority interests amounting to € 115 million, was shown by MYTILINEOS in the 9 months of 2021, according to a relevant announcement.

At the same time, there was a 23% increase in earnings before interest, taxes, depreciation and amortization (EBITDA) amounting to € 241 million, if the comparison is made on an adjusted basis for extraordinary and non-recurring events, compared to the Nine Months of 2020. In Non-adjusted basis EBITDA shows an increase of almost 3% compared to the Nine Months of 2020.

In addition, net debt amounted to € 804 million, with the leverage ratio (Net Lending / EBITDA) reaching 2.5, in a year in which very significant investments are either completed or in full swing.

"As we go through the Fourth Quarter of 2021, a year in which despite the recession presented by the pandemic, challenges are recorded as important as 2020, MYTILINEOS records new historical levels of turnover and profitability while accelerating the implementation of its investment "preparing the transition to even higher economic divs in the coming years in line with the ambitious environmental goals it has set," the company said in a statement.