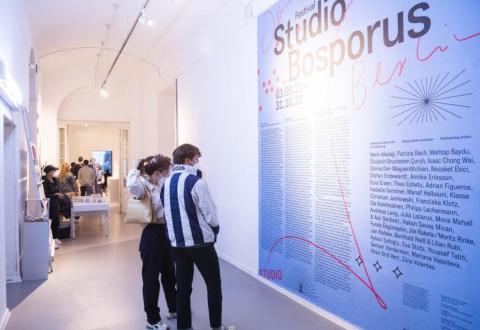 This year, Berlin hosts an exclusive exhibition for the commemoration of the 60th anniversary for celebrating the Germany and Turkey dialogue.

"The people who came to Germany under this agreement have enriched our country. Without them, the economic miracle would not have been possible. What has grown over the past 60 years is something unique. It shows that, in the end, it is people who connect us. That is why we founded the Tarabya Cultural Academy 10 years ago," said Michelle Müntefering, the minister of State for International Cultural Policy and chairwoman of the Academy Council.

The Tarabya Cultural Academy allows artists from Germany to live in Istanbul for a period of time and work on their project ideas. The residents process their impressions and encounters in works that stimulate reflection. They deal with the current situation in Turkey and Germany and also with the complexity of German-Turkish relations.

The Tarabya Cultural Academy is a residency program in Istanbul. The program was founded in 2011 with the initiative of the German Bundestag to promote artistic exchange between Turkey and Germany.

Every year the Tarabya Cultural Academy brings together around 20 artists, who live and work in Germany, and German-Turkish artist tandems to network with the Turkish cultural scene under the auspices of coproduction grants, which are awarded in cooperation...