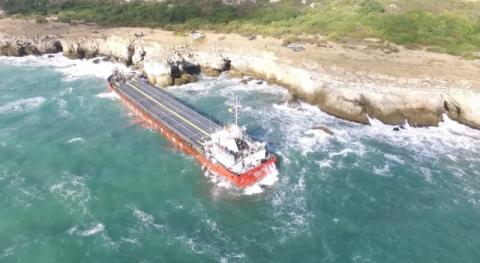 On the 36th day of the shipwreck of the "Vera Su" near the Yailata area, it was successfully towed. The action lasted more than seven hours and involved three tugs. The goal is to tow the ship to the port of Varna. The entire nitrogen fertilizer load was pre-unloaded to avoid contamination of the marine ecosystem in the event of a water leak.

The action to withdraw "Vera Su" started around 17.00 yesterday after all the urea was successfully loaded on a self-propelled barge. After the relief, the vessel changed its position and allowed its withdrawal. "Vera Su" walked its first meters exactly 16 minutes after midnight. The credit for this went to three tractors - one main and three securing. The goal is to tow the ship to the port of Varna, which will take between 16 and 18 hours. What will be the fate of the vessel is not yet clear, its owner is expected to decide whether to abandon the ship.