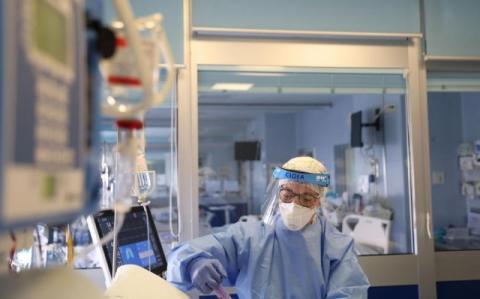 They report that the previously circulating strain mutated and is now more contagious to humans.
China has reported 21 cases of H5N6 bird flu subtype infection this year, compared to just five last year, the World Health Organization (WHO) said. Although the number of those infected is much lower compared to the hundreds of H7N9 virus infections in 2017, the new cases are serious and many forms of the disease are more severe, and at least six people have died.
"The increase in the number of people infected in China this year is worrying. It is a virus that causes a high mortality rate," said Thijs Kuiken. Professor of Comparative Pathology at the Erasmus University in Rotterdam.
Most of the infected people became infected in contact with poultry, and so far there are no confirmed cases of the infection passing from person to person. The WHO said that an urgent further investigation is needed in order to understand the risks and the reason for the increased number of infected people.