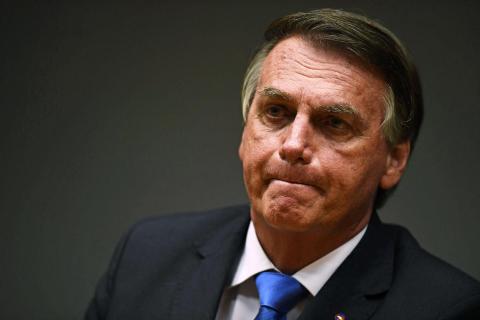 A Brazilian Senate commission approved a damning report on Oct. 26 that recommends criminal charges be brought against President Jair Bolsonaro, including crimes against humanity, for his COVID policies.

Seven of the panel's 11 senators voted to endorse the text - presented last week after a six-month investigation into Brazil's pandemic response - which also calls for the indictment of 77 other people, including several ministers and three of Bolsonaro's children.

Following dozens of often tense and harrowing hearings, the report finds Bolsonaro "deliberately exposed" Brazilians to "mass infection" in a disastrous attempt to reach herd immunity from the coronavirus.

The report calls for the president to be indicted for nine crimes related to his downplaying COVID-19 and flouting expert advice on containing it.

They include "crimes against humanity," "prevarication," "charlatanism," and incitement to crime.

The committee does not have the power to bring charges itself, and it is unlikely the attorney general or lower-house speaker - both Bolsonaro allies - will open criminal or impeachment proceedings.

But the report adds to the damage as Bolsonaro reels from his lowest-ever approval ratings, heading into an election in one year's time that polls place him on track to lose to leftist ex-president Luiz Inacio Lula da Silva.

And the crimes against humanity charge theoretically has the potential to be tried at the International Criminal Court in the Hague.

Diaspora minister completes visit in Argentina, travels on to Brazil