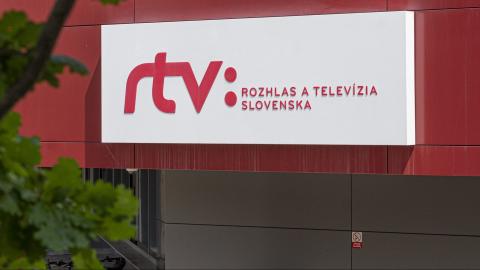 In reaction to the widely shared - and ridiculed - letter, RTVS's management replied that it acknowledged the rise in public interest about having a "balanced representation of guests" on their shows, and it would take the proposal into consideration.

According to information from RTVS staff, management is trying to figure out what kind of guests it should invite to represent "both sides" and which of the regular hosts would be up to the challenge of keeping the discussions from spiralling out of control.

Unfortunately, this was not the first time that RTVS or other news media in Slovakia have fallen into the trap of trying to offer "false balance" or "bothsidesism" in their reporting, in the name of defending objectivity and non-partisanship. It was also not the first time they had allowed disinformation to get its foot in the door.

In September, RTVS was called out for breaking the broadcasting law by the Council for Broadcasting and Retransmission (RVR) in Slovakia. In March, at the height of the second wave of the pandemic, RTVS's main news program broadcasted a report about the death of a 38-year-old school teacher.

The reporter falsely and manipulatively connected the death to the AstraZeneca vaccine, which the teacher had received a couple of weeks prior to their death. To make matters worse, the reporter was also in a clear conflict of interest, which editors knew about, yet they broadcast the report anyway. Even though medical and public health authorities quickly denied the connection between the COVID-19 vaccine and the teacher's death, the highly charged piece of disinformation continued to live a life of its own.

By broadcasting the report, RVR accused RTVS of failing to "ensure the objectivity and non-partisan...

9 Countries, including Bulgaria, will ask for Help from the EU for the Refugees from Ukraine