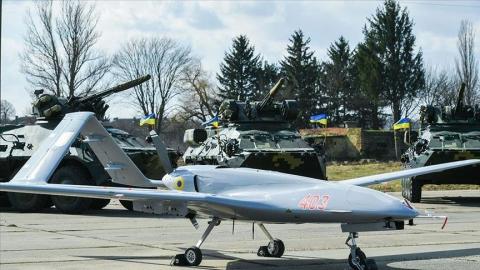 The Ukrainian Armed Forces shared footage on social media on Oct. 26 of its first ever combat deployment of a Turkish Bayraktar TB2 armed drone to destroy a howitzer used by pro-Russian separatists in Donbas.

The Bayraktar TB2 was used for the first time to force the separatists to abide by a cease-fire, the armed forces said in a Facebook statement.

One Ukrainian soldier was killed and two others were wounded by howitzers, the statement said.

Turkey and the U.S. as well as the U.N. General Assembly view the annexation as illegal.

Fighting between Ukrainian government forces and pro-Russian separatists in Donbas has seen more than 13,000 people killed since 2014, according to the U.N.​​​​​​​

The region is one of several sources of friction between Russia and Ukraine.