No school to be left without library in 2 months, minister says 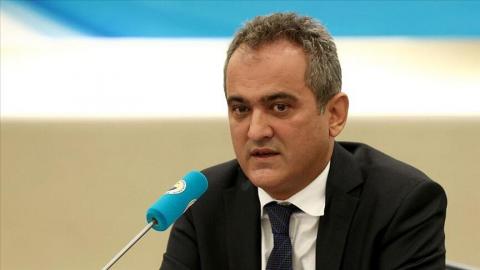 Turkey's education minister has said that there will be no school left across the country without a library within two months, stressing that the existing libraries at the schools will be renewed and updated.

Speaking at the introductory ceremony of the "No School Without Libraries Project" organized by the Education Ministry, Mahmut Özer stated that the project would reduce the opportunity differences between schools and increase the equality of opportunity in education.

Pointing out that human capital plays a critical role in the development and welfare of countries, Özer stressed that education was the main factor in increasing the quality of human capital.

The minister also announced that new libraries will be built in schools that do not have a library within the scope of the project.

"In a short period of two months, there will be no school out of our 57,108 schools without a library. As of today, we have transferred all the necessary resources to our schools," he noted.

The project will contribute to raising individuals who question, research, think analytically and try to find out information, Özer said.

He also expressed his gratitude to First Lady Emine Erdoğan, who took this project under her auspices.