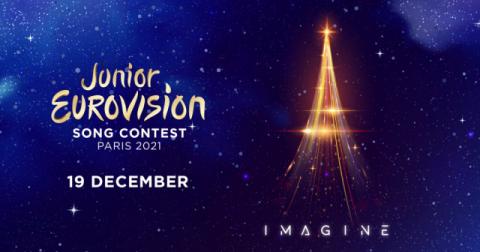 BNT will once again enable Bulgarians around the world and in our country to become involved in the manifestation of our children's talents at the prestigious Junior Eurovision Song Contest 2021. The public television will broadcast the grand finale from Paris on December 19.

The winner will be chosen with a 50% jury vote and a 50% public vote. According to the regulation, for the first time Bulgarians will have the right to vote not only from abroad but also from their homeland.

The 19th edition of the Junior Eurovision Song Contest is under the motto "Imagine" and will feature 19 countries. Apart from Bulgaria, Albania, Armenia, Portugal, Northern Macedonia, Azerbaijan, Italy and Ireland, which missed out on participation in 2020 due to the coronavirus pandemic, are also returning to the competition. The list of participants is supplemented by France, the Netherlands, Georgia, Germany, Malta, Poland, Russia, Serbia, Spain, Kazakhstan and Ukraine.

Our young talents are already in a feverish preparation. Who they are and what they will surprise us with, you will find out soon. One thing is for sure - the children will rely the most on the support of the viewers of BNT.

In 2015, the competition was held at Arena Armeec in Sofia, hosted by the...