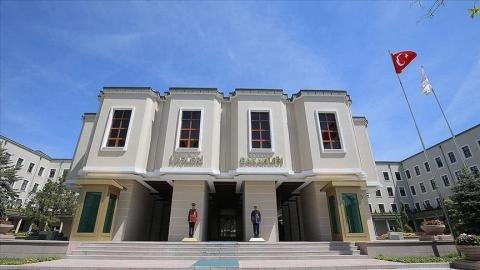 Turkey has deported a total of 8,585 terrorists of 102 nationalities since 2011 as part of the efforts to ensure the country's security within and across the border, the Interior Ministry announced on Oct. 30.

In a statement, the ministry said the terrorists had left their home countries to join ranks of terror groups such as ISIL or PYD/PKK.

Some 44 US nationals and 1,075 EU member country nationals were deported over the past decade.

Those deported to countries of origin in the last three years are mostly from France, Germany, the Netherlands, Belgium, Finland, Sweden, Romania, and the UK, the statement added.

In 2013, Turkey became one of the first countries to declare ISIL a terror group.

ISIL terrorists have carried out multiple attacks against Turkey, including at least 10 suicide bombings, seven bombings, and four armed attacks, which killed 315 people and injured hundreds of others.

In response, Turkey launched military and police operations at home and abroad to prevent further attacks.

In its more than 35-year terror campaign against Turkey, the PKK - listed as a terrorist organization by Turkey, the U.S., and EU - has been responsible for the deaths of at least 40,000 people, including women, children, and infants.