Nobel laureate poet Odysseas Elytis was born on this day 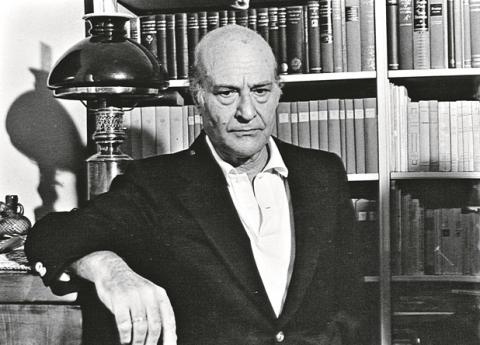 Odysseus Elytis was one of the most important Greeks. He was awarded the Nobel Prize in Literature in 1979. He was one of the select members of the so-called "generation of the nineteen thirties" in the field of artistic creation.

Odysseas Alepoudelis, as his real name was, was born on November 2, 1911 in Heraklion, Crete. He was the youngest of the six children of businessman Panagiotis Alepoudelis and his wife Maria Vrana, also from Lesvos. His father settled in Heraklion in 1895, where he founded a soap and kernel factory, and two years later he married his mother.

During the First World War in 1914, Panagiotis Alepoudelis moved his business to Athens and settled with his family at 98a Solonos Street. At the age of six, Odysseus enrolled in the private Lyceum of Makri, which was then located on Ippokratous Street. In 1918, his older sister Myrsini died at the age of just 20. In 1923, one year after the Asia Minor Catastrophe, the Alepoudelis family travelled abroad, to Italy, Switzerland, Germany, Yugoslavia. In 1924, in Lausanne, he met Eleftherios Venizelos, who was the political idol of his family.

In the autumn of 1924 he transferred to the 3rd High School for Boys in Athens. The next year his father died.

During his student years he collaborated with the magazine Diaplasis ton Paidon, he read Greek and French literature and in 1927 he came in contact with Cavafy's poetry. In 1928 he graduated from high school and came to know the poetry of Kostas Karyotakis. All these years Odysseus visited almost every summer one of the Aegean islands, a fact that will affect the lyrical background of his poetry.

In 1929 he discovered surrealism and read Lorca and Eliard. He wrote his first poems and sent them to magazines under a...