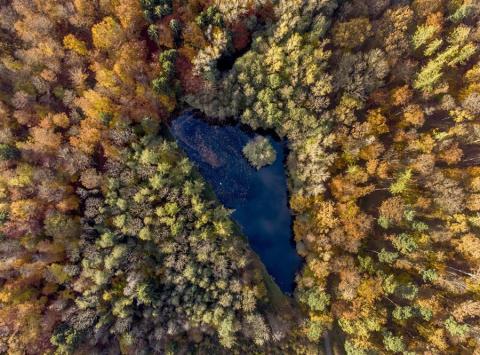 More than 100 countries pledged on Nov. 2 to end deforestation in the coming decade, a promise that experts say would be critical to limiting climate change but one that has been made and broken before.

Britain hailed the commitment as the first big achievement of the U.N. climate conference known as COP26 taking place this month in the Scottish city of Glasgow. But campaigners say they need to see the details to understand its full impact.

The U.K. government said it has received commitments from leaders representing more than 85% of the world's forests to halt and reverse deforestation by 2030. Among them are several countries with massive forests, including Brazil, China, Colombia, Congo, Indonesia, Russia and the United States.

More than $19 billion in public and private funds have been pledged toward the plan.

British Prime Minister Boris Johnson said that "with today's unprecedented pledges, we will have a chance to end humanity's long history as nature's conqueror, and instead become its custodian."

Forests are important ecosystems and provide a critical way of absorbing carbon dioxide, the main greenhouse gas, from the atmosphere. Trees are one of the world's major so-called carbon sinks, or places where carbon is stored.

But the value of wood as a commodity and the growing demand for agricultural and pastoral land are leading to widespread and often illegal felling of forests, particularly in developing countries.

"We are delighted to see Indigenous Peoples mentioned in the forest deal announced today," said Joseph Itongwa Mukumo, an Indigenous Walikale and activist from Congo.

He called for governments and businesses to recognize the effective role Indigenous communities play in preventing...