Russian Scientist: People with Certain Genes Do Not Become Infected with the Coronavirus 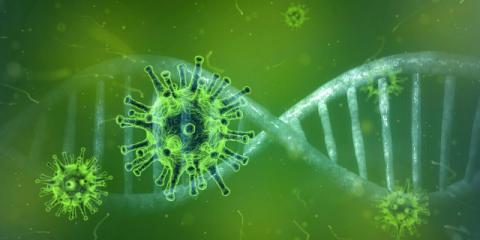 People with certain genes and features in the blood picture are not infected with the coronavirus, Russian scientists found in a special study. Leading the study is the director of the Research Institute of Epidemiology and Microbiology Pasteur in Russia, Acad. Areg Totolyan. He is also a member of the Russian Academy of Sciences.

During the study, a team led by Acad. Totolyan found that people with high levels of interferon-alpha, high levels of lymphocytes in the blood, as well as carriers of certain genetic markers, have increased protection against the coronavirus.

Thus, the high level of interferon-alpha, a molecule that is synthesized by the cells of the immune system and has a direct antiviral effect, reduces the risk of infection locally. A good level of lymphocytes indicates that a person is less likely to become infected, but even if infected, they are likely to pass the infection very lightly. Among the genes encoding the human immune response, scientists have identified two protective alleles (different forms of the same gene) and one predisposing to disease.

Earlier, a group of scientists led by Fyodor Kondrashov of the Austrian Institute of Science and Technology found that new variants of the coronavirus had begun to spread after the restrictions were lifted in many countries.

An epidemiological model developed by them found that the risk of mutations depends on two factors: the share of the vaccinated population and the total number of infected. As a result of the study, scientists came to the conclusion that the majority of the world's population (at least 60%) should be vaccinated.