Fugitive partner of Ponzi scheme brought back to Turkey 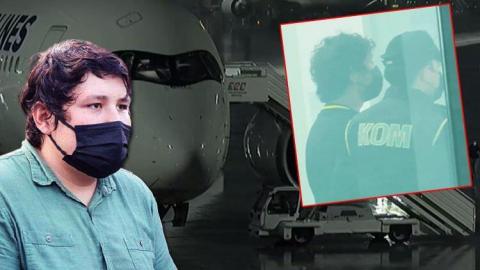 Fatih Aydın, one of the founders of Çiftlik Bank (Farm Bank), an alleged Ponzi scheme that collected over 1.1 billion Turkish Liras (around $110 million) from more than 132,000 people, has been extradited to Turkey from Uruguay.

Aydın was arrested at Istanbul Airport after a Turkish Airlines plane arrived late on Nov. 1. He was taken to the Istanbul Police Department following medical checks.

He is expected to appear before the Istanbul Anatolian Court following an interrogation period of four days.

Meanwhile, Fatih Aydın's brother, Mehmet Aydın, appeared before the court through the voice and video informatics system (SEGBİS) from Edirne F Type High Security Prison, where he is jailed.

Accused of several crimes, including "establishing a criminal organization" and "fraud," and facing up to 75,260 years in prison, Aydın denied allegations that he was engaged in illegal banking activity.

Noting that the user agreement includes a statement that the system in question is not a bank, Aydın stated that his company's advertisements also do not include banking activities, but the sale of delicatessen products such as milk, honey and butter.

The lawyers of Turkey's Banking Regulation and Supervision Agency (BDDK), on the other hand, stressed that the use of the word bank is sufficient for the occurrence of a crime within the scope of Law No. 5411, stating that their complaints continue.

Announcing its interim decision following the hearing, the court decided to wait for the execution of the arrest warrant for the accused Fatih Aydın, extradited by Uruguay.

The court postponed the hearing, deciding to write a warrant to the relevant television institutions in order to obtain the content of the televised Çiftlik Bank...

Controversial project that may have harmed Ottoman cemetery halted