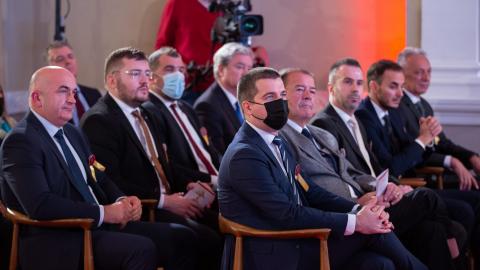 On September 17, Becic suggested that local elections in 18 municipalities should be held the same day, so the country would not have to endure constant election campaigning, but Djukanovic didn't respond to his proposal.

The largest coalition in the ruling majority, the Democratic Front, announced they will end its boycott of parliament to vote on the legal amendments.

Since June 10, the Democratic Front has been boycotting parliament over Prime Minister Zdravko Krivokapic's refusal to reshuffle his 'cabinet of experts' and bring in senior political figures.

But according to the Montenegrin constitution, President Djukanovic is not obliged to postpone the elections despite the legal amendments.

"The amended law might apply to some future cases. It is not wise to enter into that kind of conflict with Djukanovic," Soc told public broadcaster RTCG.

In 2019, the parliamentary Committee for Electoral Reforms suggested that all local elections should be held on the same day, but parliament never backed the idea.

In this year's report on Montenegro's progress towards EU...