Turkish Govt Urged to Speak Out about Bosnia’s Political Crisis 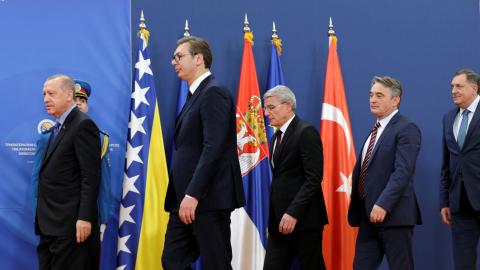 The NGOs' joint letter also criticised the inaction of the international community and recalled the consequences of the 1990s war in Bosnia.

"Considering the bitter experiences left by the international community in these lands, Bosnia and Herzegovina has no other supporter, friend and confidant than Turkey. The support of our homeland is the greatest strength for Bosniaks in Bosnia and Sandzak [Muslim-majority region in southern Serbia and northern Montenegro]," the letter said.

It urged Turkish President Recep Tayyip Erdogan and his government to raise their voices about the crisis in Bosnia.

"It should be clearly brought to the attention of those who play the war drums and support them behind the scenes that Bosnia and Herzegovina and Bosniaks are not alone," the letter said.

Muhammet Sancaktar, one of the signatories of the joint letter and the president of Bosnia Sandzak Association of Turkey, the largest Bosniak diaspora NGO in the country, told BIRN that the Ankara government must act.

"Turkey has probably the highest number of Bosniaks in the world. In addition to that, a conflict in any part of the Balkans will inevitably spread to the entire region. This would obviously the regional security and the lives of our Bosniak kin," Sancaktar said.

The number of Bosniaks and people of Balkan origin in Turkey is not known since the country's constitution forbids keeping records of the ethnic origins of its people and counts all its citizens as Turks.

However, according to academic estimates, 20 to 25 per...